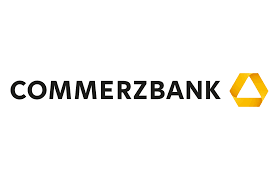 Gold and base metals make strong gains Gold and silver climbed noticeably yesterday afternoon after the delayed September labour market report in the US fell short of expectations, making it less likely that the US Federal Reserve will scale back its bond purchases in the near future. The Fed’s March meeting is now regarded as the most likely time that this will be decided. As a result, the US dollar also dropped noticeably – falling against the euro to its lowest level in nearly two years – which lent additional support to prices. Gold subsequently rose for a time to a three-week high of just shy of $1,345 per troy ounce, while silver achieved its highest level for 4½ weeks at $22.8 per troy ounce. For the first time in ages, the sharp increase in the gold price was accompanied by high ETF inflows. At 6.5 tons in total, all gold ETFs tracked by Bloomberg recorded their highest combined daily inflow for over a year. The SPDR Gold Trust reported a 6.6 ton increase in its holdings. Any sustained trend reversal would require more than just one pronounced daily inflow, however. That said, if the coming days should see further inflows, the latest price increase could turn out to be more lasting this time.

Platinum, and above all palladium, were hardy able to profit at all from the sharp rise in the price of gold, on the other hand. Palladium gained “only” 0.5% on a closing price basis yesterday and this morning is already shedding these gains again. Evidently investment demand is faltering at present, for palladium ETFs yesterday saw their second relatively high daily outflow in a row.