US and Europe Continue to Diverge 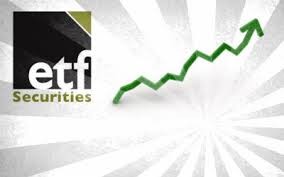 ETFS Multi-Asset Weekly US and Europe Continue to Diverge

Cyclical assets are likely to experience an after-glow this week from the upside surprise in the US non-farm payrolls data on Friday. A raft of Chinese data including industrial production, retail sales and lending data out this week will provide investors a gauge for how well the economy is faring. We expect further monetary stimulus from the People’s Bank of China if the data disappoints, highlighting the determination to see yearly growth targets are met. The European Central Bank’s monthly report will be read with keen interest as investors look for easing cues after last week’s disappointing lack of action from the central bank.

Mild US weather outlook causes natural gas to plunge. Natural gas last week declined -16.2% as reports of mild weather in December ignited speculation that heating demand in the US will be lower than normal. These expectations have been somewhat confirmed by the release of the EIA’s weekly natural gas storage update which contained news that drawdowns on working gas inventory was far lower than the consensus had estimated. Bearish sentiment continued within crude and distillate markets arising from deal struck between the Iraq and the Kurdish regional government after years of political impasse. The deal stipulated that the semi-autonomous Kurdish region would be designated to export 550,000 barrels a day through Iraq’s national oil company in exchange for 17% of Iraq’s national budget, adding further to the perceived over-supply of global oil markets.

Chinese equity markets extend rally. Momentum from last week’s strong gains in the Chinese stock market continued as the MSCI China A Index advanced 10.5%. This was driven by more investors piling into the Chinese equity market following the opening of the Hong Kong-Shanghai Connect and optimism over structural reforms and stimulatory monetary measures from the Chinese government and central bank. Conversely, European stocks were led downwards by banking shares following ECB governing council’s announcement that it would only consider full blown quantitative easing in early-2015, dashing hopes of the initiative being launched this month. This announcement comes as a sequence of weak economic data and downward revisions of ECB inflation and growth forecasts had prompted hopes of easing measures to take place this month. In response the FTSE MIB and DAX 30 declined -3.36% and -1.24% respectively.

US Dollar strength likely to continue. The upside surprise in the US jobs report provided a sharp lift to the US Dollar against most currencies last week. Should we see strong growth in November US retail sales this week and a further deterioration in November Euro area industrial production, we are likely to see expected interest rate divergence become more pronounced and hence the Euro will continue to depreciate against the UD Dollar. Last week the ECB cut its growth forecasts and failed to deliver on full-blown quantitative easing before the year’s end. Its inaction increases the probability that the ECB will have to take more drastic measures to avoid deflation in the New Year. After the ‘no’ vote on the Swiss gold referendum provided relief for the Swiss National Bank, we believe the central bank will maintain the status.