Three thoughts on 2018 by Carmignac

Tornado Cash Banned in the US, Game dApps Thriving, and More! 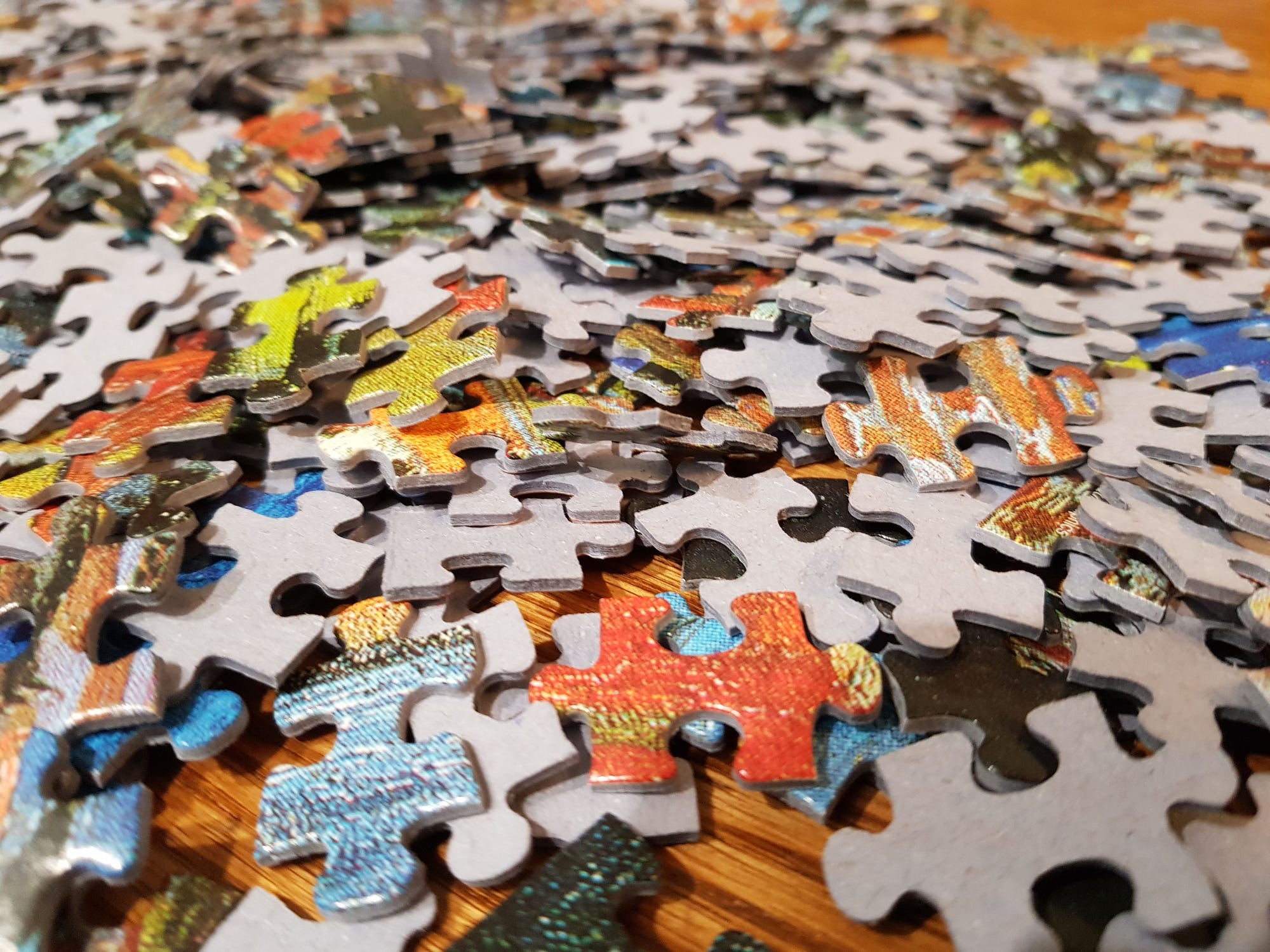 Detailed market predictions are only of limited value. For example, the consensus forecast twelve months ago was for the S&P to rise 6% over the year – a result the index achieved in just six weeks. The same analysts, by the way, had anticipated an average 10% increase in the S&P 500 in 2008. What they got instead was a 40% nosedive. The investors with the best track record in 2017 often expected at the start of the year a strong dollar and higher interest rates. However, they were capable of shifting gears, ditching their prior views and leveraging new trends. Or else they were lucky enough to be mainly invested in euros.

To be sure, crafting a central scenario is an essential first step. (We presented ours for 2018 in Carmignac’s Note of December, “Fooled by the Cassandra syndrome”.) But such a scenario must be underpinned by an analysis of both upside and downside risks – in other words, an understanding of the key challenges that could push markets dramatically upwards or downwards in the event of a major inflection.

Awareness of potential risks and rewards does not preclude an opportunistic approach. If anything, we should have been more opportunistic this past year. That said, in the long run, such an awareness is vital to generating solid performance across market cycles.

Our analysis suggests that in 2018 issues with a crucial impact on all financial markets will loom much larger than in 2017. That highlights the need to keep our eyes wide open as the year unfolds.

The investment community widely assumes that this area is of only secondary importance to markets, and rightly so. It is even tougher to forecast political developments than economic changes, not to mention their effect on financial markets. Moreover, because this past year’s elections in the United States, the United Kingdom and continental Europe proved to be less momentous than anticipated, a good many investors now seem to feel they can safely ignore politics altogether. We don’t view that as such a good idea at present, and for three main reasons.

First, the financial and economic impact of political events often takes a while to show up on the radar screen. For example, we can reasonably expect the blowback from the pro-Brexit vote to cause greater economic pain in 2018 than in 2017. A weaker pound sterling will raise the cost of imports and thus take a large bite out of household spending. At the same time, the upcoming second phase of the negotiations between Britain and the European Commission on their future trade relations will generate additional uncertainty – regarding both the ultimate terms agreed to and the future of the May Government – that is likely to discourage investment in the country. And lastly, any monetary tightening by the Bank of England to defend the national currency would intensify the nascent economic slowdown. We are therefore starting the year with a short position on sterling which should pay off if a downward spiral gets going.

On the other side of the Atlantic, Donald Trump’s protectionist rhetoric, which was more or less put on the back burner in 2017, will probably move up the list of policy priorities in 2018. Once the US President is back on the economic warpath, most notably against China, he might well wield a more competitive dollar as a weapon. We have accordingly begun the year with ample exchange rate hedges on our dollar-denominated assets. On the other hand, it is worth noting that this outlook will potentially mean good news for our emerging market holdings, which we have beefed up. The second reason for taking politics seriously in 2018 is that several far-from-innocuous elections are scheduled to take place. In Mexico and Brazil, the outcomes will determine whether the reform policies under way will continue or not. Closer to home, the formation of a new Government in Germany in the coming weeks and the Italian elections in March will send out very clear signals as to whether the recent pan-European wave of reform initiated by French President Macron last year will hold out. Special attention must be paid in this environment to sovereign yields on the EU periphery. Assuming political developments take a favourable turn – our central scenario – Europe’s single currency, which is preponderant in our portfolios, will come out ahead.

We are also keeping a close watch on developments in the Middle East, a region currently wracked by the threat of political and therefore economic instability. As the historical record shows, lastingly autocratic regimes find themselves highly vulnerable when they finally make a timid attempt at reform, most often under pressure. (This is a danger that Chinese President Xi Jinping strongly senses and takes great pains to avoid.) We consider our holdings in Western oil producers, particularly American, and our gold stocks a high-potential form of insurance against mounting political risk in the Middle East.

Rippling out from China’s industrial stimulus programme in early 2016, the global economic upswing proceeded so fast that it proved to be the outstanding pleasant surprise of 2017. Citigroup’s US Economic Surprise Index reached an all-time record at year-end, and while the Eurozone equivalent saw less spectacular progress, it still jumped at end-November to its highest level since 2010. No offence is meant to economists when we point out that this index is a fairly reliable contrarian indicator of surprises to come. Now that the economic forecasts for 2017 have turned out to be way too pessimistic, they have predictably been revised upwards for 2018 – just when sentiment, consumer spending and output are going at full steam.

So even if it is fair to expect the global economy to keep up the pace in 2018, the risk this time around is rather that the news will be disappointing. Now, this outlook involves a certain amount of risk for equities, particularly those in cyclical industries fuelled until now by US tax reform and the recovery in Europe. But it also opens up opportunities, above all in the United States – which is where we see the greatest chance of disappointment, leaving the dollar more vulnerable and limiting the rise in interest rates, this scenario would give a hefty boost to growth stocks in the United States and the emerging markets, which make up a significant share of our holdings.

Financial markets as a whole have experienced a historic bull phase for close to ten years now, and that’s putting it mildly. Worldwide stock market capitalisation has tripled since its 2009 low. Even more striking is the fact that bond and credit markets have also performed well. It is worth stressing the irony of this financial market chain reaction. After all, the failure of central banks to push up inflation was what justified those long years of systematic bond-buying through expansion of the money supply, whose inevitable effect was to boost all asset classes – in violation of economic rationality. The increasing weight of passive and algorithm-based asset management styles has amplified the trend.

Market price distortion certainly reached a pinnacle in 2017: the long-awaited economic upswing, which accelerated the stock market rally, has yet to trigger any serious adjustment in bond markets. But on that front, 2018 may well mark a major turning-point. Though the central banks won’t abruptly cut off the flood of cash they have poured into financial markets since 2009, they will gradually scale back their monthly worldwide injections, most likely to zero by the end of the year. In fact, the US Federal Reserve will go into net liquidity withdrawal mode for the first time ever. Steering such a historic shift without setting off violent market corrections is the unprecedented challenge soon to face central bankers. Meanwhile, now that even most conventional safe-haven assets have become exceedingly pricey, risk managers will need to make use of appropriate hedge instruments to actively manage exposure levels.

As we mentioned in the introduction, those three categories – political, macroeconomic and technical market factors – are distinct yet interdependent. A belated surge in inflationary pressure would encourage central banks to proceed faster with monetary policy tightening, underscoring in the process how overpriced bonds now are. Conversely, any disappointments on economic growth, or even inflation, would put central bank credibility to the test.

At the same time, investor sentiment, as currently reflected in valuations and historically low market volatility, will be sensitive to both central bank policy and the political environment. Financial markets form a system, one whose internal workings have experienced unprecedented distortion as a result of central bank intervention. Going forward, that system is set for a sea change. And when it comes, there will be radically new risks and opportunities for investors.

Equity markets ended the year with a bang as Brazil and other emerging economies pulled out in front in December. With equity exposure close to the maximum allowed for our funds and thanks to our overweight position in emerging markets, we reaped the benefits of that trend. In sectorial terms, our balanced allocation policy enabled us to offset selective profit-taking on tech stocks with our commodity positions (gold mines and oil producers), which posted solid gains during the month. We have also continued to diversify our tech portfolio, seeking out new investment ideas with the potential to capitalise on the structural shifts under way. For example, during our latest study trip to the United States, we initiated a position in Shopify, a multi-brand, multi-channel e-commerce platform.

We also factored in the tax reform passed in the United States and accordingly raised our exposure to the US financial sector. Among other positions, we bought Synchrony Financial, a consumer financial services company. With the business cycle soon likely to peak, we are entering 2018 with a particular attention approach to stock-picking, coupled with a soundly diversified, balanced geographic and sectorial allocation.

The market had well anticipiated both the far-reaching tax-cut law passed by Congress and the Fed’s intention to hike interest rates again. The result was that neither change had much of an impact on US Treasury yields, which along with those of Germany gained less than 10 basis points during the month. Thanks to adroit handling by the central bankers – with Mario Draghi’s patient, prudent stance on normalising the Eurozone’s monetary policy worthy of special mention – safe-haven sovereign yields held largely steady throughout 2017. In contrast, 2018 is likely to be a more trying year for the European Central Bank as the Fed carries on with its normalisation plans. That explains why we maintain our short position on German government bonds.

Because we were invested across bond market segments offering attractive risk premia, we had little trouble managing the mixed developments of December. On the EU periphery, we took advantage of the sharp drop that Greek bond yields experienced in December, even as Italian yields crept upwards. In the emerging market space, our Brazilian debt positions sustained their rally in December, although our Mexican bonds were hurt by the geopolitical climate.

The euro finished the year on a positive note, appreciating by over 10% against the dollar over the 12-month period. And as we believe that secular issues underlie the greenback’s current weakness, we plan to maintain our majority allocation to Europe’s single currency. A weaker dollar has translated into greater strength for emerging market currencies, except for a Mexican peso dogged by both domestic political woes and tense negotiations over the future of the North American Free Trade Agreement (NAFTA).

Having identified that risk during our latest trip across the Atlantic, we selectively put in place hedges on the Mexican currency in our emerging market funds. One last point on currencies potentially exposed to geopolitical risk. In our global funds, we continue to be sellers of the British pound.