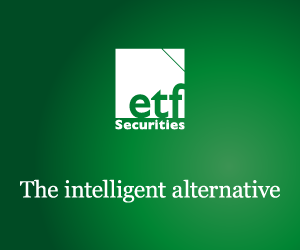 An upside surprise in US jobs figures provided a lift to cyclical assets and the US Dollar last week. This week the market will focus on the Chinese inflation, money and loan supply data for signs that its central bank will have to ease policy further. Last week, the People’s Bank of China made broad cuts to the Reserve Requirement Ratio for the first time in over 2 years, making it easier for banks to lend. The Euro area Q4 2014 GDP release and Finance Ministers meeting on Greece this week will likely keep volatility in Europe high.

Rig count drop drives oil price rally. Brent and WTI rallied 13% and 15% respectively last week on signs of tightening supply. According to Baker Hughes’ rotary rig count, there was a 16% contraction in US rig counts in January 2015. We believe that OPEC countries will see these developments as a positive move and will motivate a cut in its June 2015 meeting. We believe that the cartel will move with caution recognising that despite the recent reduction in rig counts, US production could easily rise once again. Saudi Arabia, the largest producer in the cartel is reluctant to give up market share and will wage the price war as long as it takes to reassert its market dominance. News that Saudi Aramco has reduced its contract price for March Arab light crude in Asia may take some of the steam out of the recent rally. Elsewhere lean hog prices fell by 9.5% as the industry is showing signs of recovery from the Porcine Epidemic Diarrhea virus that led to mass culling last year.

Developed equity markets rise on growing optimism. Developed equity markets regained ground lost from the disappointing Q4 US GDP release the week prior. The week ended with an upside surprise in jobs numbers in the US. With an increasing number of central banks across the globe willing to switch to an easing mode, equity markets are becoming confident that growth will not be allowed to stall. Poor manufacturing PMI data in China led to a 3.3% slump in the MSCI China A-Share index, which was only temporarily reversed by the cut in reserve requirement ratio by the country’s central bank. The recent rebound in oil has lifted sentiment toward Energy infrastructure Master Limited Partnerships with the Solactive US Energy Infrastructure MLP Index TR gaining 4.5% over the week. Gold miners advanced 4.2% last week, with gold price stability aiding their ascent.

USD lifts on jobs, but can it sustain upward momentum? After the boost for the USD on the back of the better-than-expected payrolls numbers and with retail sales the only notable economic release in the US this week, moves against the USD are likely to be determined from other currency news. Eurozone GDP is likely to keep the pressure on the Euro. There is no evidence to indicate the Eurozone economic situation is improving and downside risks to the Euro are expected to increase going into the release. Both the UK and the Eurozone release industrial production data, giving an idea of whether the growth momentum in the UK is following downward in the wake of the Eurozone. Meanwhile, Governor Carney will again have to explain the reasons behind inflation falling well below target. Certainly oil price weakness is not helping and if the Governor indicates that lower oil prices could be a persistent cause of deflationary pressure, then the GBP will suffer as a result of fading rate tightening expectations.