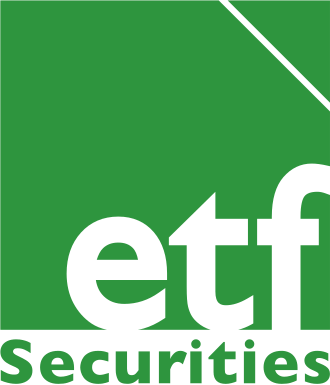 Brent has risen to above US$43/bbl from below US$28/bbl in January as investor optimism for oil has markedly improved. We believe the gains in price are sustainable and not just driven by speculative gains.

Based on IEA’s demand forecasts, we are likely to be in a global oil supply deficit by Q3 2016, even if we assume that supply does not fall from Q1 2016 levels.

Supply however has been declining from non-OPEC sources. A large part of the decline in production has come from the US where the lagged effects of cuts in oil rigs in 2014 and 2015 are substantially biting into supply. By December 2015 global oil CAPEX was declining at a rate of 32% year-on-year. Although some large projects – too far into development to reverse – are still coming on-stream in countries like Brazil and Russia, most non-OPEC producing countries should see declining production.

While OPEC has failed to coordinate to freeze production, except for Iran, most of its members are already cutting back on production and we expect a continuation of this trend.

Under the strain of low oil prices, OPEC countries have been cutting back on fiscal expenditure. The current account of the Gulf Governing Council and Algeria is expected to reverse from a comfortable surplus to a deficit of about 8% of GDP in 2016. We believe it will be very difficult for OPEC countries to invest in any additional capacity that would allow for a significant increase in oil production under such conditions.

Electricity outagesi, hyperinflation and forced worker holidays could see oil outages pick up in Venezuela too.
In its “Vision 2030” plan, Saudi Arabia has articulated that it wants it economy to be less reliant on oil. If the country follows through with its plans, the country may not seek to expand production capacity as aggressively as it has done in the past.

US crude oil inventories have risen strongly since the collapse in oil prices in November 2014. However, with production declining in the US, we believe that constraints on storage will be alleviated. Storage is likely to have reached 70-80%ii of capacity in the US, but with the ability to export US oil and the development of storage capacity in other countries, we believe the market concerns around storing oi in the US are overstated.

China in particular has been investing in building storage capacity. China built 200 million barrels in strategic petroleum reserves (SPR) between 2006 and 2016. According to the IEA, in 2016 alone they will build 110 mb of SPR (and a further 35 mb of commercial).

Current global oil demand is approximately 95 million barrels per day and we believe that it could rise to 98 million barrels by 2020. Only 80 million barrels of this can be met by currently producing fields. To unlock the remaining 18, oil prices will have to increase. The break-even for tight oil for example is estimated to be US$65/bbl.iii

i Venezuela is highly reliant on hydroelectricity and low water-levels have led to shut-ins.
ii The last data release for storage capacity was as of September 2015. Since then more capacity has been built, but we will only get EIA data on this at the end of May 2016 for March 2016.
iii The line in the chart represents the weighted average break-even oil price i.e. the Brent oil price at which net-present value is zero using a real discount rate of 7.5%. The bands around the break-even represent the 60% confidence interval. Producing fields have a low break-even due to CAPEX already sunk and cheap Middle East oil.