Don’t try to buy on the dips 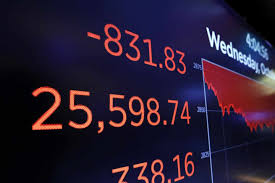 Timing the market can be especially difficult regardless of whether you’re talking about stocks or bonds. Catherine Gordon of Vanguard Investment Strategy Group suggests taking the emotion out of your financial plan by setting your asset allocation based on your goals, time horizon, and risk tolerance. Don’t try to buy on the dips

All investing is subject to risk, including the possible loss of the money you invest

Investment objectives, risks, charges, expenses, and other important information about a fund are contained in the prospectus; read and consider it carefully before investing.
This webcast is for educational purposes only. We recommend that you consult a tax or financial advisor about your individual situation.

Have oil prices reached their lows