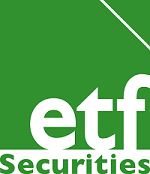 With the political situation in Greece remaining precarious and oil prices finding new lows, perception of risk is rising. Greek political uncertainty weighed on European equities last week, while gold miners benefited from safe haven buying. Despite a robust labour report, the US Dollar weakened last week on lower than expected wage growth. This should provide some relief to commodities this week.

Fears of oversupply send crude prices lower. Crude benchmarks resumed their drop this week as WTI breached the US$50/bbl level for the first time in over five years. Prices headed down after reports revealed both the Soviet Union and the US are producing at the highest levels in decades, fuelling investor fears of a global supply glut. Representatives from OPEC member states reiterated plans to keep production at current levels and highlighted non-OPEC producers as responsible for the continued slide in oil prices. However, with oil rig counts already starting to fall, we believe oil supply will tighten later in the second half of the year. Elsewhere, coffee and soybean oil experienced a 6.2% and 5.0% respective rally on the week, following forecasts of high temperatures and dryness in Brazil, the world’s largest producer of both commodities. Predictions that high pressure weather patterns would limit rainfall and hinder production through to mid-January drove prices higher.

Greek political uncertainty supports gold prices. Gold futures ended the week up 2.1% at US$1,209/oz, a three week high, as fears mounted over the potential exit of Greece from the European currency bloc. The primary beneficiary of the rise in the gold price has been gold mining stocks which surged 7.2%. Choppy trading dominated European stock markets last week, with prices initially falling on rumors Angela Merkel is prepared for a “Grexit” scenario, and then recovering on stronger indications that Mario Draghi will include sovereign bonds in the ECB’s monetary stimulus measures. The swings led to a 3.8% increase in the EURO STOXX 50® Investable Volatility Index. Oil prices continued to grind lower this week. Brent and WTI have dropped by approximately 54% since June last year and low prices are starting to have a negative impact on energy-related stocks globally, with the Solactive US Energy Infrastructure MLP Index sliding 3.1% over the past week.

US Dollar heads lower on job report. The US Dollar unexpectedly fell last week after non-farm payroll release revealed the biggest fall in US wages in over 8 years in December, tainting an otherwise strong report on the labour market. Consensus among economists remains for interest rates to rise by June 2015, but moderating strength in the labour market might prompt the Fed to delay this process. Meanwhile, the British Pound will remain under pressure this week, should the CPI release on Tuesday show a marked slowdown. Expectations are for the headline reading to highlight the slowest pace of growth since 2002, potentially dampening the appeal of the British Pound and curbing the Bank of England’s scope to normalize monetary policy in 2015. Consumer price inflation fell into negative territory in the Eurozone in December, putting further pressure on the European Central Bank to intervene. While Merkel openly opposed the inclusion of sovereign debt in the mix of quantitative easing, markets are increasingly pricing it in. We expect the euro to remain under pressure against most G10 currencies this week.